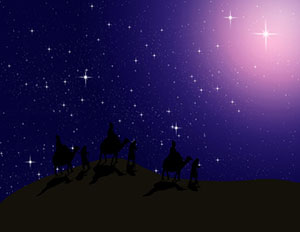 When Ken and Lisa’s Christmas album – The Gifts of Midwinter –  was being planned, they asked friends and fans what songs they would like to have on the album. At the same time though, they wanted to make sure the songs were not just the same old tunes you hear on every Christmas album. One modern song did make it onto the album though, and that is “Do You Hear What I Hear?”

From the liner notes, which you can download here, Lisa writes:

This is a favorite of mine and of several close friends, so as
much as we tried to avoid modern Christmas songs, we had
to make an exception for this one. Ken was happier about
it when I told him what I wanted for the drums…

Have a listen to Ken and Lisa’s version (which is almost certainly somewhat different from the standard version) of this popular tune below:

You can purchase songs from the album, or the entire album on iTunes here:

If you’d like a physical CD, you can get that – as well as digital versions of the songs and/or album – on CD Baby here: