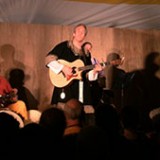 On Tuesday night (August 5th, 20124), Ken and Lisa Theriot took the stage at the Pennsic (SCA event) Performing Arts pavilion to a packed house. Joining them in the concert as always were Michele Buzbee, Kevin Valiquette and Robert G. Ferrell. Ken Theriot released his new album, Outlaws and Bystanders, in March of 2014 at […]

Summer Solstice is today, and what better way to celebrate it that with a song? The song, Summer Solstice, by Ken and Lisa Theriot, is sort of a landmark song in its own right, since it was the very first collaboration for Lisa Theriot and Ken Theriot!  That songwriting couple have since written such SCA […] 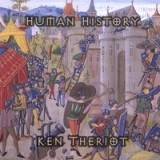 We just wanted to let everyone know that Ken Theriot’s Human History CD (as can any Raven Boy Music CD for that matter) can be ordered directly from us in case they should ever be sold out at CD Baby (or Amazon, etc.). Those you can contact us here: Raven Boy Music and simply let […]

The digital version of our Christmas Album will be available this weekend at www.ravenboymusic.com. We’ll try for this afternoon (12/18)!

Putting the last song in the can today! The Ken and Lisa Theriot Xmas album,”The Gifts of Midwinter,” is nearly here! We aren’t putting a date and time on it, but watch this space frequently starting tomorrow (Tuesday, Dec 14th).  I’m just sayin’;). The Management

This is cross-posted from Home Brew Audio. Before I get back to recording on the Ken and Lisa Theriot Christmas Album project (I know!  We need to hurry), I thought I’d send out a quick message telling what hardware and software I’m using. Starting with the mics, I use a Shure SM-81 for acoustic guitar […]

PC Recording Software Since we’ve been spending hours every day in the studio, mostly working with recording software, in order to finish our Christmas CD, I thought it was relevant to refer to a post I wrote on one of my other sites about computer recording software.  The full post is here: https://www.homebrewaudio.com/pc-recording-software-what-is-the-best Also, I […]

I put this article out yesterday on Home Brew Audio.  It focuses on voiceover recording, but the tips and techniques are just as applicable to singing.  See the post here: 5 Tips For the Best Quality Voice Over Recording – No Matter What Microphone You Use – https://www.homebrewaudio.com/5-tips-for-the-best-quality-voice-over-recording-no-matter-what-microphone-you-use

I know this is a bit off-topic, but since Raven Boy Music CDs are all recorded and produced by Ken Theriot from a home studio, we figured there might be other folks out there who may want to do the same thing.  Believe it or not, it isn’t hard, nor is it expensive.  Ken recently […]

I’m “importing” this post from my other venture called Home Brew Audio, which is all about showing folks how to record at home on their computer, and how to get the best quality out of what you’ve got, even if it’s only a PC mic going in to the factory sound card, and using the […]