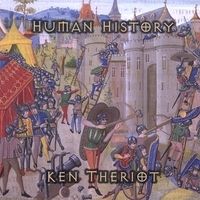 The first three songs on Ken Theriot’s album, Human History, are all about The Battle of Agincourt. It was not necessarily intentional. It’s just that Ken has had a fascination with Agincourt for years, and the first songs written (lyrics by Lisa Theriot and music by Ken Theriot) for the album were those three. And then they just happened to fit nicely as a musical opening for the album – the rousing trumpets and drums of “Band of Brothers” is first, followed by the slower, more contemplative “To Serve The Lily.” And to round out the mini song cycle is the song, “Agincourt.” 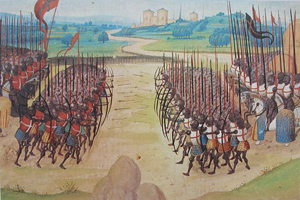 This year (2015) marks the 600th anniversary of the battle, which took place on October 25th, 1415. The interwebs are all over it with the hashtag #Agincourt600. What better way to celebrate than with some music?

Have a listen to the songs below: